You might have asked yourself…is lottery legal in India? The answer is yes, you can play the lottery legally in 13 of the 29 states in India. However, there are still places where it hasn’t been legalized although could be in coming years. Therefore, almost half of the country can play their own state lotteries as well as international ones at Lottoland. Each state has their own laws about gambling which depends on their local preferences and history. Read on to find out more about the legality of lottery in each of the Indian States below. 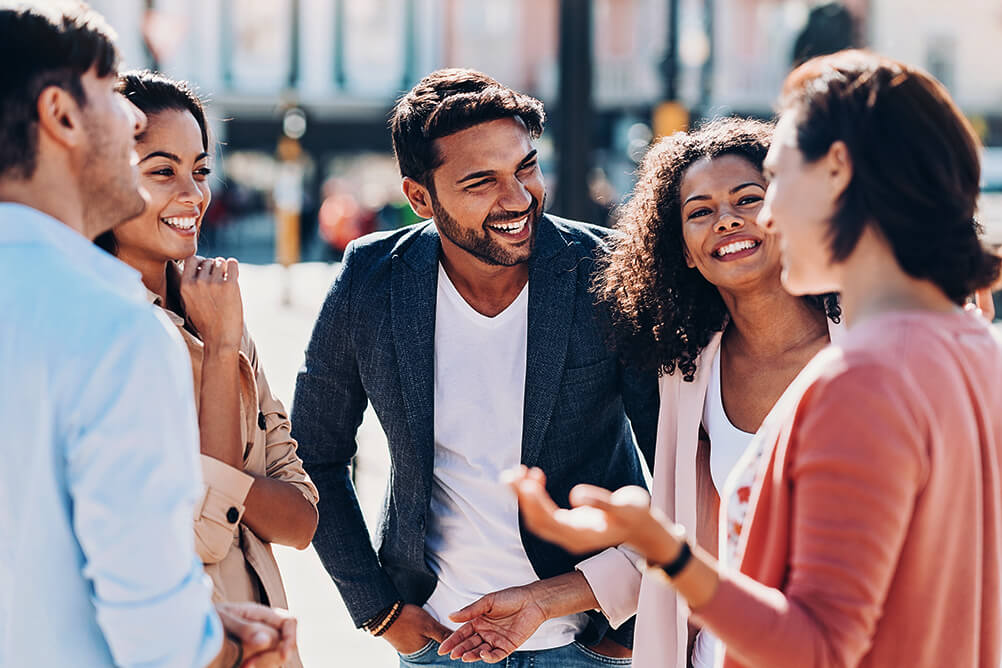 Gambling is a controversial topic in India and one which is not even agreed upon by the different states. In fact, each of the 28 Indian states determines for its own populations whether to legalise different forms of gambling. The Public Gambling Act of 1867 is the federal law which prohibited both visiting and running a public gambling house.

The Kerala State Lottery was the first state run lottery to be established in 1967. Simultaneously all private or unlicensed lotteries were strictly banned in the state. The Kerala State lottery was extremely successful and the business model was subsequently followed by several other Indian states to generate revenue through regulated gambling. Although some state lotteries have moved away from the Kerala style lottery most have followed the model quite closely with weekly draws and special “bumper” lotteries to celebrate important days. 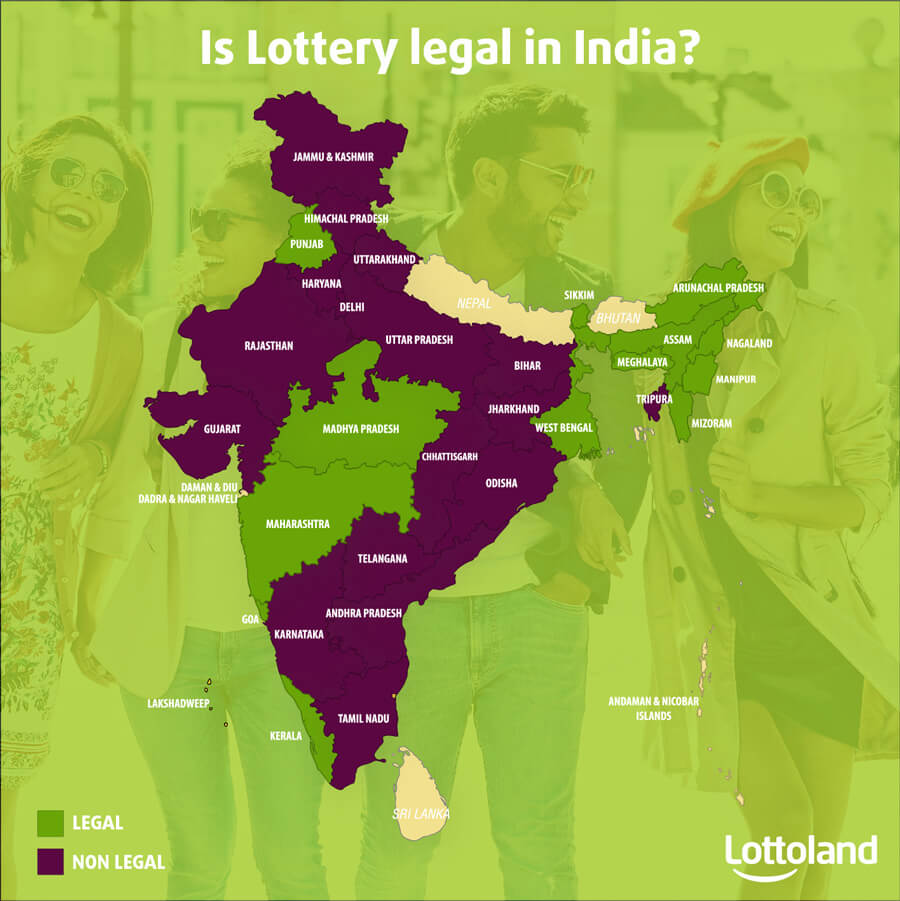 Indian law classifies gambling into 2 broad categories - games of skill and games of chance with games of skill. Lottery is classified as a game of chance despite some winners claiming that number systems could be used to predict the winning results. Under the Lottery Act of 1998, section 2(b) defines ‘lottery’ as a scheme in whatever form and by whatever name called for distribution of prizes by lot or chances to those persons participating in the chances of a prize by purchasing tickets.

According to a decision made by the State Supreme Court of India in 2015 each Indian state is given jurisdiction over the decision as to whether lotteries are legal or illegal. Presently, there are only thirteen (13) states out of the 29 states of India where lottery is legal. These states are:

Arunachal Pradesh follows a similar format to Kerala Lottery with two daily draws - one is named after zodiac signs and the other is named after precious metals and stones.

The lottery is particularly popular in Goa where it is legal and has three daily draws as well as multiple special “bumper” draws. Like most Indian state lotteries the results are available on different websites and unofficial apps however tickets may only be bought offline from licensed distributors.

Kerala State was the first Indian state to legalise the lottery, starting operations in 1967 while banning all private and unlicensed matkas which were a problem at the time. Kunju Sahib, the Minister of Finance helped develop the business plan to generate revenue for the state while providing employment and reducing illegal gambling such as matka.

The onset of the state of Kerala's lottery innovation made many states follow suite. After the state of Kerala recorded a high success rate of the first year, they included special “bumper” lotteries for their four annual ceremonies: Vishu, Onam, Dussehra, and Christmas.

Is another state where lottery is legal and increasingly popular with many stalls along main roads where brightly coloured lottery tickets are sold. Lottery has been criticized by some for not following state regulation and also selling tickets from draws in other states.

The Maharashtra State Lottery was one of the first to be developed after the success of the Kerala State lottery in 1969. One of the main reasons for its development were to help decrease illegal gambling schemes and matka which were very common and provide a trustworthy option where the revenue raised goes back into the community through improving health, education, woman and children’s welfare, agriculture and other charitable initiatives.

Manipur re-legalised the state lottery after being made illegal for several decades.

Mehghalaya state has had legalised lottery for over two decades with seven daily draws. Although all results are posted online, tickets may only be bought from licensed distributors in kiosks or lottery offices.

Lottery was legalized in Mizoram in 2010 and works slightly differently than the Kerala lottery format with cheaper tickets and smaller grand prizes. The Mizoram lottery have the Silver 10, Diamond 15, Swan 20, Roja 30, Gold 50 and Orange 100. The lotteries are opened for playing at 3pm every day. Because of issues concerning how the lottery tickets were printed, distributed and advertised which was claimed was not in line with federal regulations there has been controversy surrounding the Mizoram lottery since 2017 with calls to better control how it is run or make it illegal. 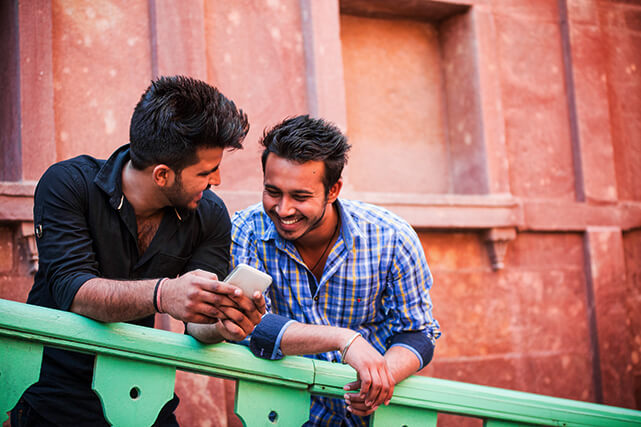 Nagaland legalized lotteries in that state soon after the Kerala State lottery. It was the first state to also license poker which is classified as a game of skill and the first state to pass a law on Lottery. They established lottery to increase the revenue of the state and named the daily draws after different birds - hawk, eagle, falcon, parrot, vulture, flamingo and ostrich – with bumper lottos on special days.

This is another Indian state which legalised the lottery several decades ago in 1968 including selling online tickets to its special bumper lotteries. Because of the COVID outbreak the Punjab lottery ticket sales were paused in April, 2020.

The largest lottery game in India is the Sikkim State lottery with draws each day. The state lottery is not only run by the Sikkim Government but also other Indian states which have legalized lottery and follow the same draws.  Sikkim was the first Indian state to legalise online gambling and sells online lottery tickets through its website and app PlayWin.

West Bengal is one of the first to adopt online lottery ticket sales and is called the Lottery Sambad. It has been very popular amongst Indians with its ease of being able to buy tickets from your phone and may provide a model which will be followed by other Indian states in the future.

Recently Tamil Nadu and Karnatoka have placed a ban on sales of lottery tickets due to social concerns about people becoming addicted to gambling and causing related social problems.